When I first had to fend for myself in the kitchen as a college student, I spent nearly a year subsisting on packaged pastas and giant bowls of mashed potatoes before being taken by the desire to actually cook.

My cooking options were limited by 1) my student budget and, more critically, 2) the fact that my apartment had a “stove” consisting of two metal hot plates and nothing else. Luckily, some of my favorite nostalgic foods were comforting one- or two-pot deals which were well within my financial and spatial constraints: spaghetti with homemade tomato sauce, Sloppy Joes, ham pilau, and red beans and rice. 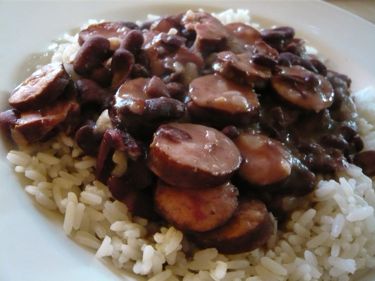 As someone born on a Monday in New Orleans, red beans and rice is a dish particularly close to my heart. As with so many traditional dishes, there are as many different recipes for red beans and rice as there are cooks who make it. The recipe I have (by way of my mom, by way of family friends who also lived in New Orleans) is truly as simple as they come: six ingredients, most of which you’re likely to already have in your kitchen.

To head off any critics at the pass, I should say that this is not the canonical recipe for red beans and rice. If you have the time and inclination, then by all means use dried beans cooked for several hours and add celery and bell pepper, thyme and cayenne pepper, ham hocks, pickle meat or any of the other myriad ingredients that can go into red beans and rice. But if you want some Creole comfort in the space of just half an hour, then try this recipe. 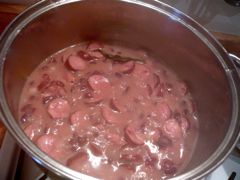 Heat a splash of vegetable oil in a pot and saute the onion for a few minutes to soften it. Add the garlic, sausage and bay leaves and saute a few minutes more until the garlic is fragrant and the sausage begins to release its juices. Tip in the kidney beans with their liquid, give everything a stir, and simmer for about 30 minutes, stirring occasionally and adding a splash of water or stock if it looks too dry (it should be quite juicy).

Cook some white rice while the beans simmer. When everything’s done, you can use a wooden spoon to mash some of the beans in the pot for a nice creamy consistency. You may need to season the beans with salt, but bear in mind that smoked sausage is generally quite salty as it is. Mound the rice in your bowls, spoon over the beans and sausage, spice it up with a dash of hot sauce (Tabasco works nicely), and serve the red beans and rice with a stack of buttery golden cornbread muffins on the side. 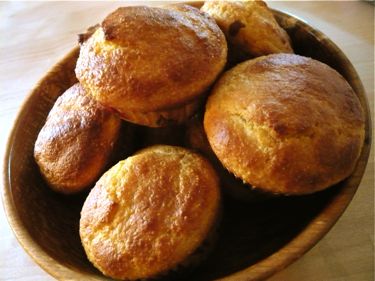 Sausage note: Despite England’s abundance of bangers, chipolatas and other sausages, I’ve had a devil of a time finding decent smoked sausage here. Some of the corner shops around me have recently begun stocking various smoked Polish sausages which aren’t top quality but which do seem to have the best smoky flavor and texture for red beans and rice. I’ve also been known to resort most inauthentically to Spanish chorizo. In Germany, I used to be able to buy packages of 2 thick, juicy cabanossi which were great for this dish. In Arizona, I think my mom generally uses smoked Polish-style sausage. Basically, depending on where you are, you’ll have to make do with what you can get. And if you happen to be able to get Andouille sausage—well, send me some, you lucky thing!

Yay! You’re back! And with one of my favorite dishes. So, what’s your cornbread muffin recipe? Are you of the sugar or no sugar persuasion?

Hi Dave, I’m of the sugar persuasion, and the cornbread recipe I use is straight off the back of an Aunt Jemima Corn Meal bag. :-)

The only modification I make is to use equal parts cornmeal and flour (1 cup of each if I’m making the full recipe). And if I’m making the cornbread to go with chili, say, I might toss in some cheddar cheese or green chiles to spice things up.