I love a big bowl of US- or UK-style spaghetti bolognese as much as the next meat-eating pasta fan. It’s hard to beat a mountain of pasta in sea of tomatoey, beefy sauce for comfort on a cold day. It will fill you up, warm you up and cheer you up. 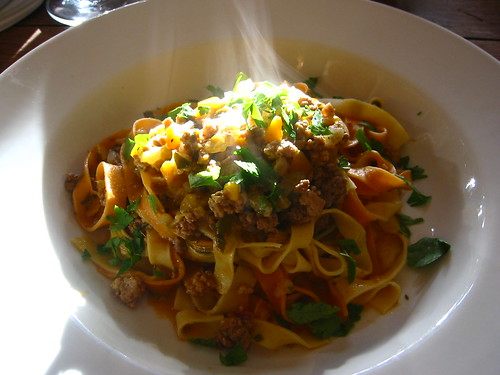 But this recipe is not for that. Tagliatelle al ragù alla bolognese may be the spiritual precursor to spaghetti bolognese in that it is a pasta dish with meat sauce, but that’s pretty much where the similarity ends. The “original” (whatever that might mean) version of dish you find in Bologna consists of a fluffy mound of tender, golden tagliatelle just coated in a simple sauce, where the meat (and tomato, for that matter) plays a supporting role. The pasta and the sauce pretty much get equal billing here, and the whole thing is traditionally meant to be consumed in a smaller portion prior to your main course.

Tagliatelle al ragù is not “better” than spaghetti bolognese, it’s just different. It’s lighter, but still very rich and satisfying. It’s not any more difficult to make, but it looks and feels a little more refined (though still quite rustic). It requires minimal ingredients, it works perfectly well as a main course, and it is the very taste of Bologna, one of the great food cities of the world. 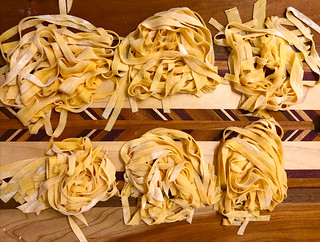 For a main course for two people, you’ll need: 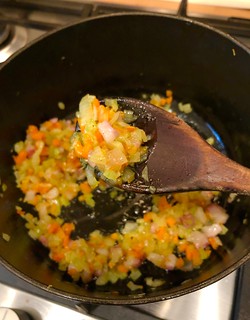 Melt the knob of butter in a pot over medium-low heat, add the bacon and cook for a minute or two, until the fat starts to render, then add the onion, carrot, celery and a pinch of salt. Cook slowly until the vegetables are softened, stirring often (this will take about 15 minutes—don’t rush it).

Raise the heat to medium, stir in the tomato paste, then add the meat and cook for minute or two, stirring constantly, just until the meat starts to turn grey (not brown—just not pink anymore). Add the wine and simmer until most of the liquid evaporates. 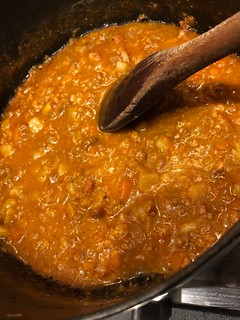 Add about 200ml (about 1 cup) of the beef broth, bring to a simmer, then turn the heat to low, partially cover the pot and cook the sauce, stirring occasionally, for a good hour or longer. Add more broth as you go if the mixture gets too dry; you want it to be more juicy than soupy. Towards the end of the cooking time, stir in a splash of milk and cook it through for about 15 minutes for added silkiness.

Serve the ragù with the best tagliatelle you can get your hands on and a generous dusting of grated parmesan. 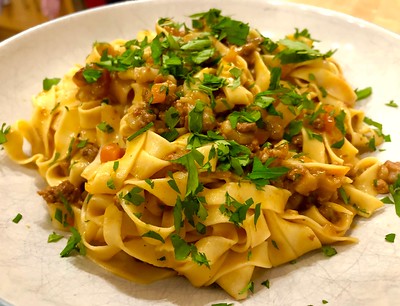